Links to My Company Pages

There’s an interesting connection between UNC system grads from the US and UK, beer and local pigs.  We’ve been working with North Carolina Agriculture and Technical State University (NC A&T) to donate our spent grain from our new Pig Pounder Brewery to the NC A&T University Farm.  The spent grains (malt that has been used in the brewing process) would be used in the farm’s Swine Unit for feed. 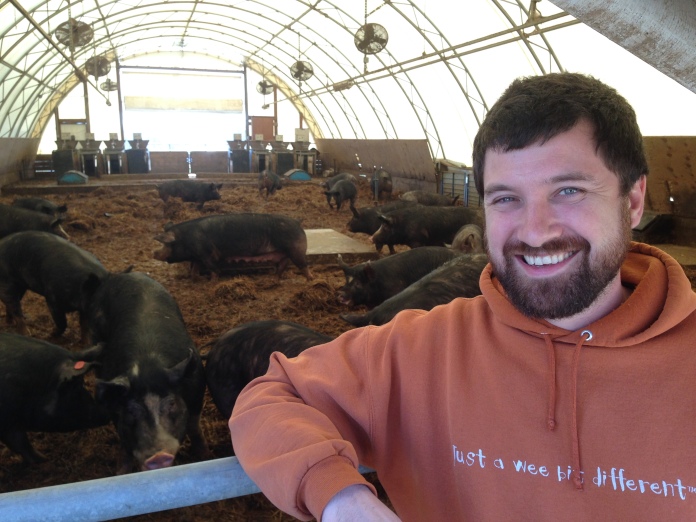 “The swine industry is North Carolina’s second most important agricultural industry, worth close to $2 billion annually. The Swine Research Unit includes a 250-sow indoor commercial hog-rearing environment, as well as a hoop barn, and a pastured hog operation for small-scale or limited-resource farmers making the transition to hog farming from tobacco or other crops.” – from University Farm website.

There are lots of discussions of sustainable uses of spent grain a byproduct of brewing – but the primary use is animal feed on farms.  The grain starts out as dry malt then is used as the primary ingredient in the brewing process.  NC has a rapidly growing brewing industry.

NC A&T spends $50,000-$60,000 per year on feed in their Swine Program.  In some rough calculations in a meeting with the University, we determined that this could save the farm up to $15,000-20,000 per year.  Pig Pounder would provide the spent grain free of charge to the University.

That grain has an interesting story including a UNC connection as well.  We purchase our malt from Thomas Fawcett & Sons in the UK.  They’ve been malting grain since the late 1700s. 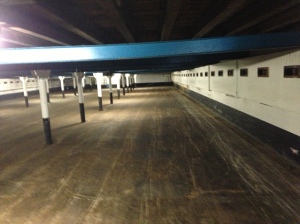 On a trip to the UK to do research for the Pig Pounder Brewery and our Marshall Free House gastropub – we had the opportunity to meet the owner James Fawcett.  We were surprised to learn that James is a UNC alum having graduated in 1988.

So the farm raised pigs at the UNC System NC A&T University Farm may eat feed that originates as grain in the UK malted by Fawcett (UNC class of ’88), then used in making beer at a brewery owned by Kotis (UNC ’91), brewed by Director of Operations Sam Rose (UNC-Asheville ’07) and marketed by Jenna Lumtscher (ECU  ’07).

So UNC pigs may get fat and alums might get slaughtered! (UK slang for drunk)